Remember the tulips I showed you last week?  Well I just had to show you how they opened up... the blossoms are about the size of a bread and butter plate! 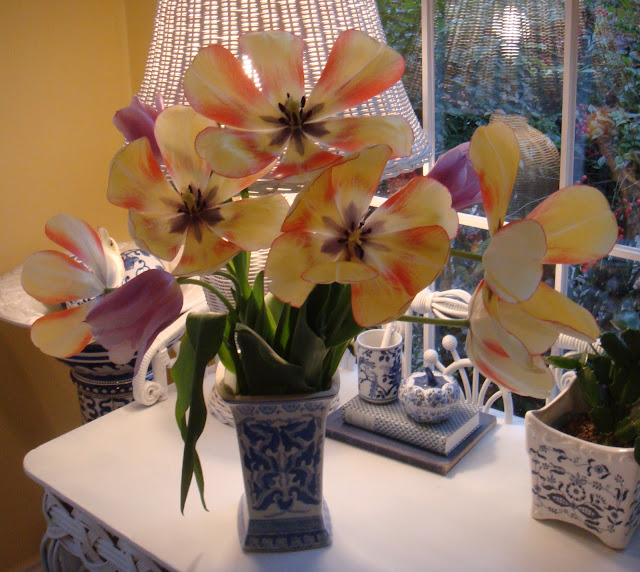 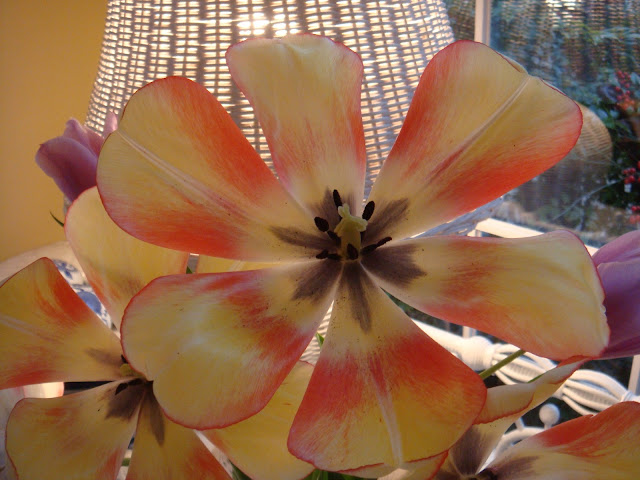 On our way to have breakfast out on Saturday morning we came across these chairs at a yard sale, $75 for both chairs and ottomans.  A great deal right?  But we don't really need any chairs.  So we passed them up. 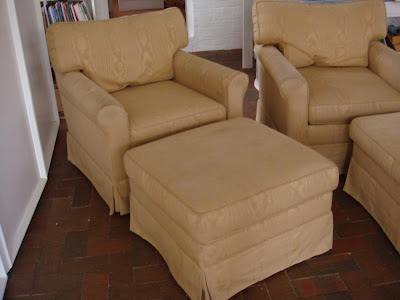 As we were eating, I kept thinking about what a great deal they were.   So since we had to drive almost right by there on our way home I talked my hubby into just taking a look.  I didn't expect them to still be there at that price, but  they were and they had reduced them to $40 for all. Well I couldn't say no to that, so we loaded them into the back of our car and home they came.  Bargains make me happy!

These chairs are nostalgic for me because they are the exact same style as the pair of chairs my parents gave us when we got married. They are called Lawson chairs. A Lawson chair/sofa has plump cushions, a low back and even lower arms. It is named after a Boston billionaire named Lawson who it was originally designed for.
I found a great deal on some white matelasse bedspreads at Kmart.com which I'll use to make covers for them and they'll probably replace some worn out chairs in our TV room.

I'll show them to you whenever they're finished.
Bye for now!
Rhondi
Posted by Rhondi at 5:10 PM 14 comments: 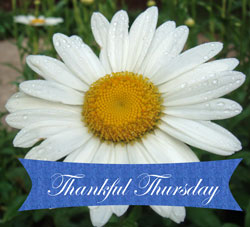 When I was blogging  all the time I always made time on Thursdays to be thankful.  It's easy to be thankful on a day like this.   The dogwood trees are in bloom.  The sun is shining.  Chickadees are making a nest in our birdhouse.  Everything is green and wet from a good night's rain.  The woods are turning green overnight.  We saw an owl and a hawk on our walk this morning.
And yesterday a gardening friend picked these from her garden just for me! 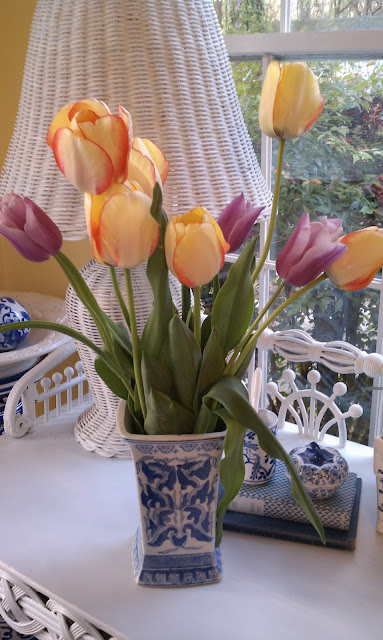 What are you thankful for today?
Rhondi xo
Posted by Rhondi at 8:28 AM 13 comments:

Don't you  love it when you meet a kindred spirit?  That's how I felt when I met Rhonda, the girl who lives here. 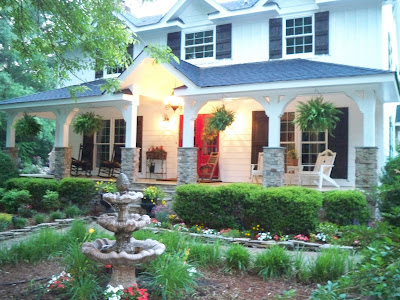 I know you'll love her too. She is a new blogger and I know she would love it if you stop by and visit her at  Blissful Spirit. Tell her I said hello! And check out the jewelry she makes!! 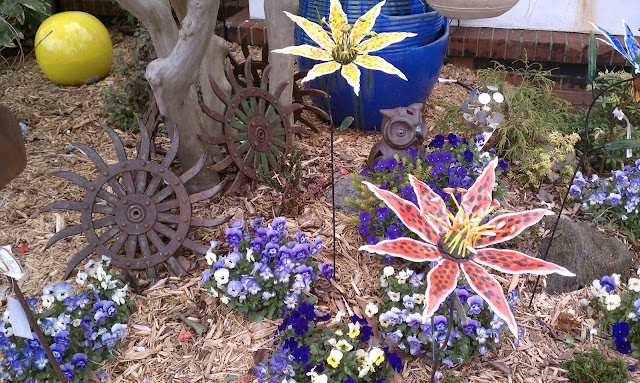 We have a wonderful shop here in Charlotte, Blackhawk Hardware,and it has the most amazing garden section.   I snapped this photo when I was there yesterday.  The large flowers are metal.  Aren't they fun?  I just love the way they pop out among the blue pansies.

A Bouquet Of Sunshine 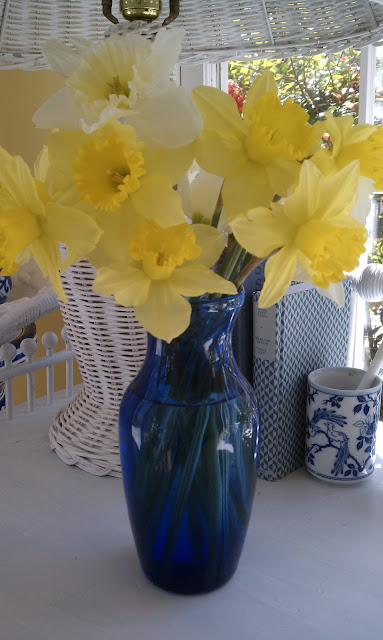 A bouquet of sunshine from my garden, just to say I'm thinking about you today and missing you!
Rhondi xo
Posted by Rhondi at 12:41 PM 26 comments: