Do you have a favorite artist? Mine is Carl Larsson, a Swedish artist who painted in the late 1800s and early 1900s. His series of illustrations of his family at home began by chance during one long wet summer which stopped him painting outdoors. He happened to sketch one of his children sitting in the family punishment corner (they had time out's back then too!) His wife, Karin, persuaded him to continue doing a series on the family and it resulted in a series that illustrated an era. He and his wife were a major influence on the style of decor in Sweden during their day. I just love the glimpse into everyday life and decor that his paintings reveal. The paintings of his 7 children are so precious.

So here is a small sample of his work. 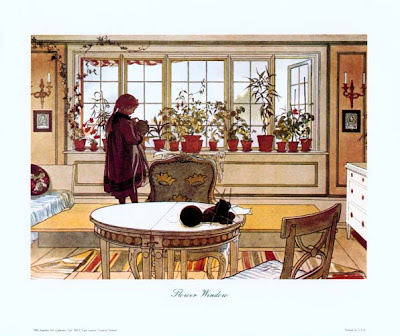 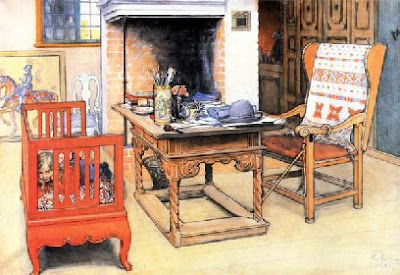 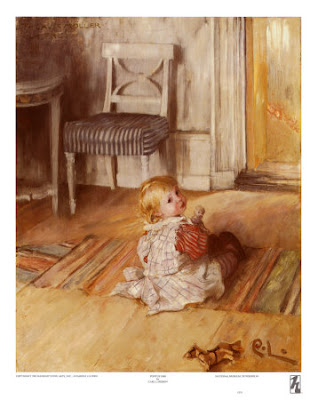 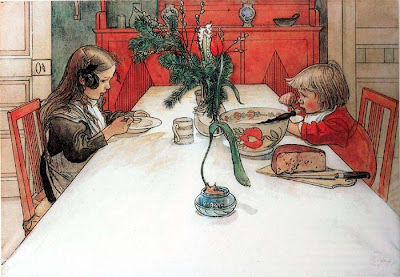 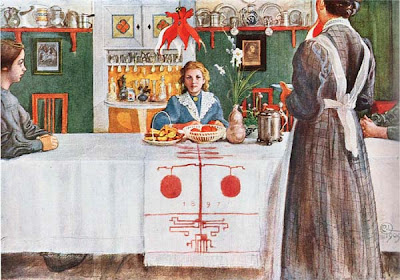 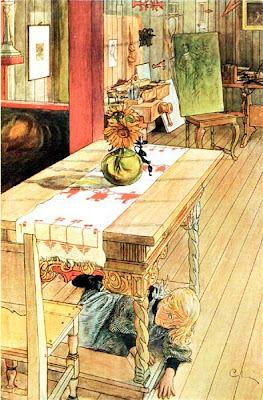 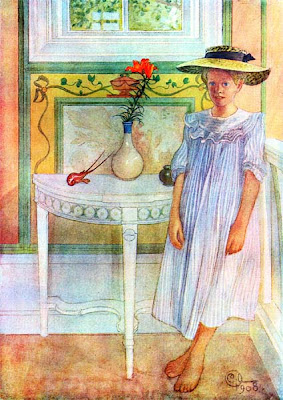 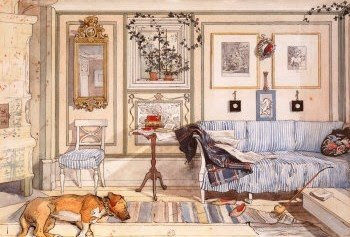 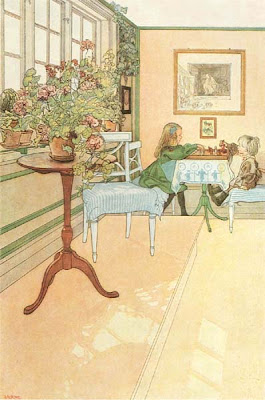 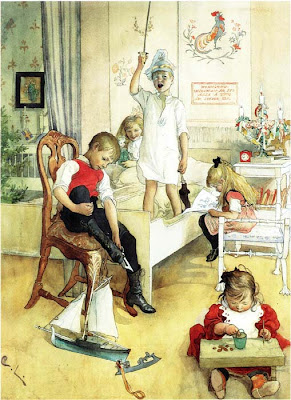 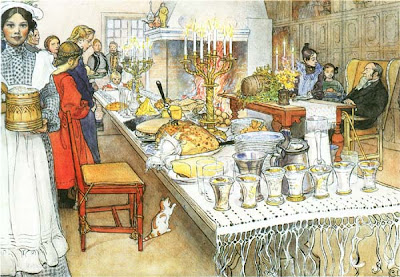 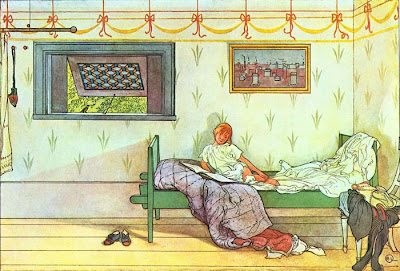 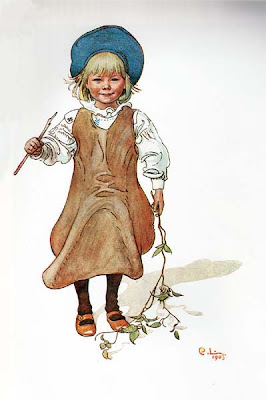 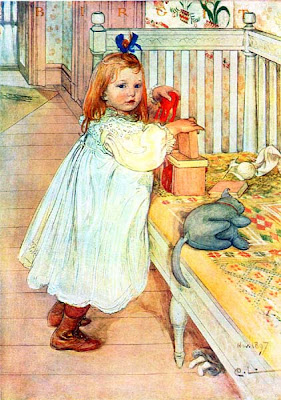 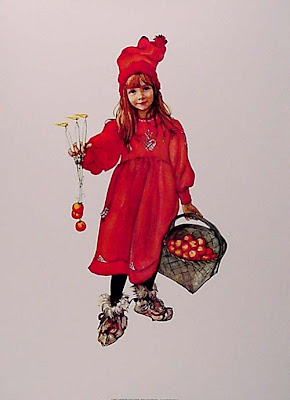 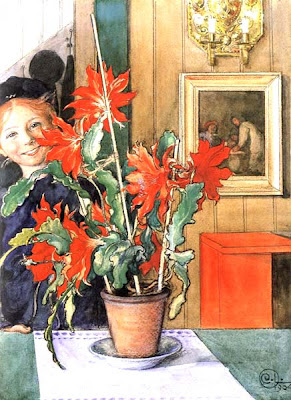 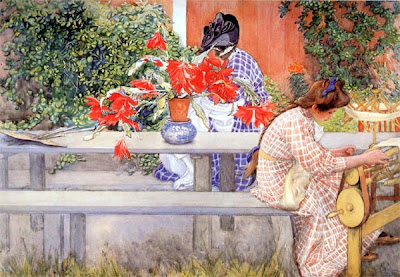 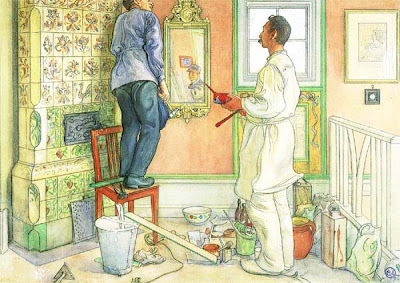 Aren't some of the interiors wonderful? If you want to see more of his work, here is a link. Someday I hope to be able to visit his home Little Hyttnas in Sweden.
Do you have a favorite artist?
Rhondi xo