I Miss My Cats

Good afternoon my dear blogging friend. I am so glad you stopped by. It gives me an excuse to take a break from priming my kitchen cabinets! Come and sit down for awhile. Maybe you could leave a comment so I will know you were here. 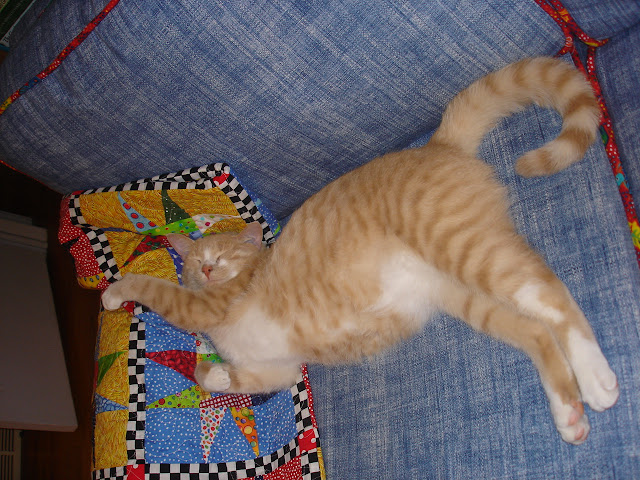 Let me tell you about our cats. We used to have 3 cats, all adopted. First there was Smokie, who belonged to our 2 youngest kids. When their living situation changed they couldn't have cats, so we got Smokie. He is HUGE, not fat but just big and he's a dear cat.
Then there was a stray cat in the neighborhood who had kittens which she decided to raise under the bushes right beside our front porch. We were sitting there one afternoon and I looked over and there were 3 little kittens sitting looking at us. Our daughter talked us into keeping 2, with a promise to take them when she moved out. We found a home for the other. So true to her word she took the 2 and Smokie also because she said he would miss them too much.

So for the first time in my life we have no cats. It's great to not have cat hairs all over everything and no litter box to clean, but there's no cat to sit on my quits while I sew or beside me while I read a book.
This is Oliver. He likes to sleep in the most awkward positions and always on a quilt! 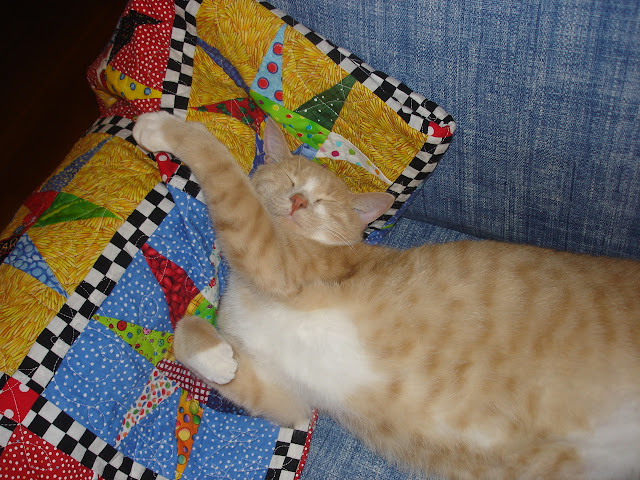 This is Smokie cleaning Cleo. He was always licking them making sure they were clean. We used to call him Uncle Smokie when the kittens were new because he took care of them just as if they were his family. It was really neat when we found Cleo under the bushes because 20 years earlier we found some kittens by our front door. We kept two and one we named Patches. We lost little Patches to old age and Cleo is identical to Patches in how she looks and acts and even the sound of her meow. Our daughter said we were "meant" to get her. I believe she may be right! 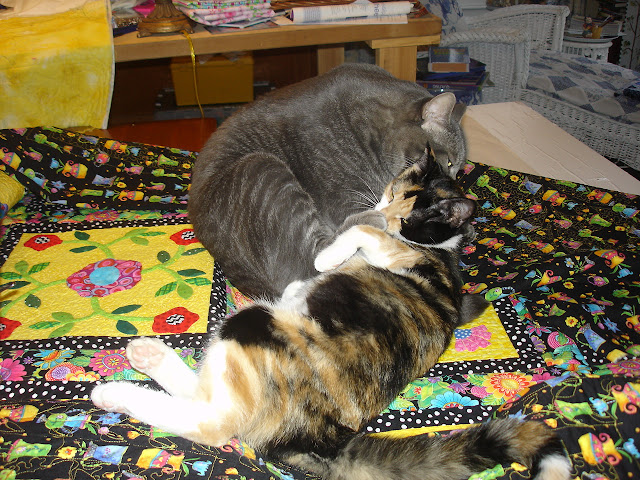 Smokie and Cleo always liked to sleep together. This reminds me of one of Charles Wysoscki 's cat prints. 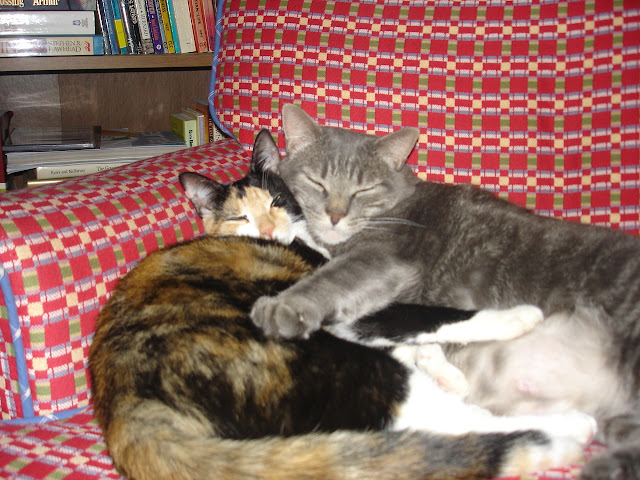 And here's the three of them. They look like I just woke them from a nap. I probably did since I think cats sleep 22 hours a day. 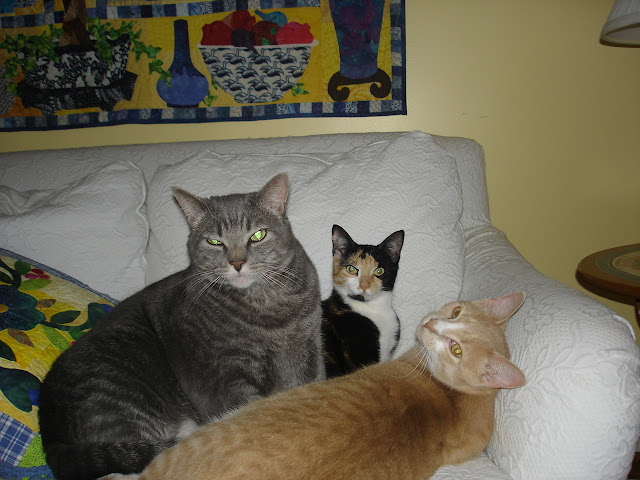 So those are our cats. I miss them but our daughter only lives 10 minutes from here so I can see them whenever I want. For the time being that is just fine. Barb if you read this please don't go and get us a cat. I'll let you know if and when we want another one!
Hope you have a good wekend!
Posted by Rhondi at 12:59 PM